My husband and I had a beautiful little girl named Addison on April 25th, 2010. Due to complications from a blood clot that I developed toward the end of my pregnancy, Addison went into distress and the clot cut off all her oxygen so she was put on a ventilator. Just a few short days later, on April 30th, 2010, Addison passed away and became a heart valve donor.

It makes me so happy to know that her short life had such an impact on us and the heart valve recipient. I love knowing that a part of her is still on this earth. 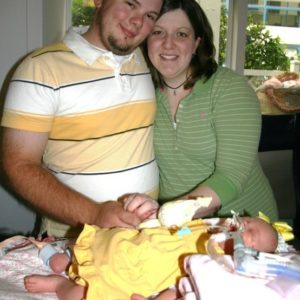