Graham, my husband, was born with Cystic Fibrosis and he never let the disease define him. It was about the age of 30 that his lungs began to fail him. He went on the list a time before, but decided to push it out longer. At the age of 33 he couldn’t wait any longer. He went back on the lung transplant waiting list and we were biting our nails and praying he’d make it to see a new set of lungs. He was called in twice but sent home unsuccessful. Third times a charm!

He received his new lungs on August 24, 2011. He had a tough surgery and even tougher recovery, but it was worth it! He finally could breathe a breath of fresh air. We will always be grateful to his donor’s family for making the tough decision to donate their loved one’s lungs. For the next five years, Graham lived, I mean REALLY lived life. We ran 5K’s, completed a 12-mile Tough Mudder, finally went on our honeymoon, and made many amazing memories with our daughter who was 3 at the time of his transplant. Unfortunately, he rejected his lungs almost 5 years later and passed away on July 15, 2016. But those 5 years were the happiest of his life and they would have never happened if it weren’t for his donor. He extended his life to the fullest and our daughter, who is now 12, has some of the best memories of her Daddy. He was labeled an “Old CFer” because of organ donation. 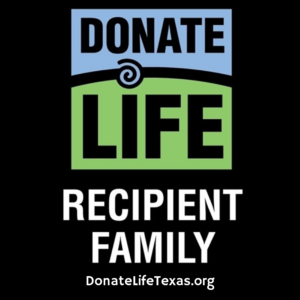